This War of Mine Trainer

This War of Mine: Final Cut is the conclusive, remastered edition of the game that contains all the updates and free expansions released so far and introduces not only a new scenario but also expands all scenarios with the locations known from Stories DLCs – even if you don’t own those. In short words – that means you can now experience lots of never-seen-before playthroughs and struggle with new challenges.

In This War Of Mine you do not play as an elite soldier, rather a group of civilians trying to survive in a besieged city; struggling with lack of food, medicine and constant danger from snipers and hostile scavengers. The game provides an experience of war seen from an entirely new angle. 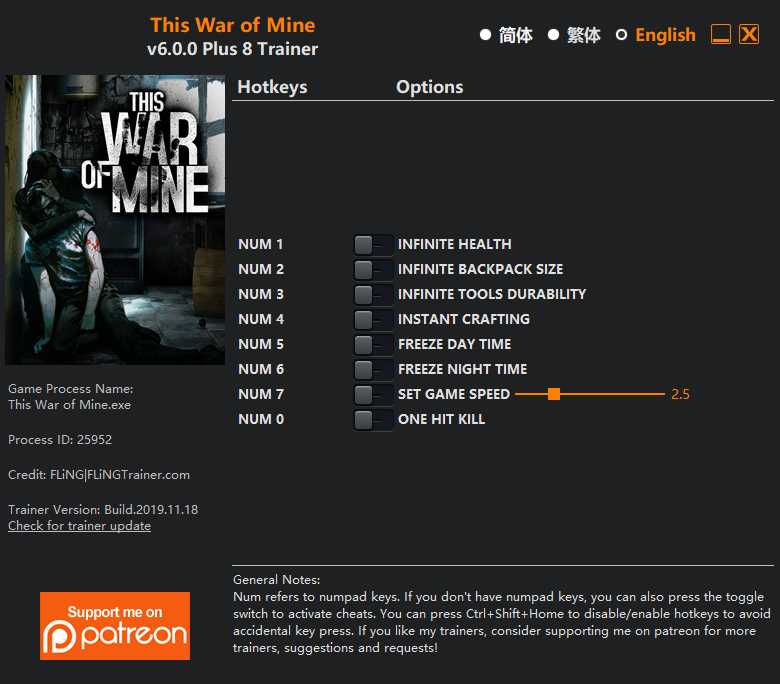 Tags: This War of Mine